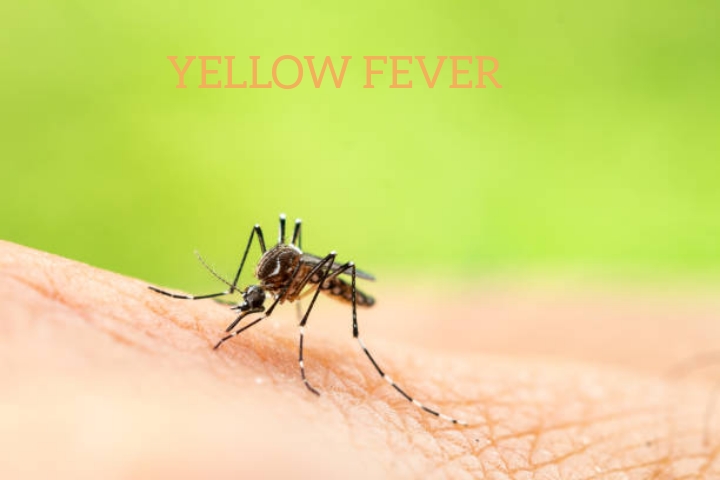 There has been a lot of uneasiness in Kenya over recent reports of yellow fever in Isiolo County where 3 people are reported to have succumbed to the disease.

According to the Ministry of Health, 50% of samples from the county tested at the Kenya Medical Research Institute (KEMRI) turned positive for yellow fever. This put 9 counties considered at high risk on high alert even as the ministry plans to carry out massive immunization. The counties are: Baringo, Elgeyo Marakwet, Garissa, Marsabit, Meru, Samburu, West Pokot, Turkana and Wajir.

What is Yellow Fever?

It is a viral disease caused by yellow fever virus and transmitted through the Aedes mosquito vector in Africa. Viruses are defined as extremely simple microorganisms that are composed of only the genetic material enclosed by a protein called capsid.

The yellow fever virus belongs to the flavivirus family. Its named is coined from the associated fever and yellowing of eyes (jaundice).

How Is Yellow Fever Spread?

The disease is spread when a female Aedes mosquito bites either an infected monkey or an infected individual and then transmits the virus to an uninfected person during a blood meal. The virus’ incubation period is between 3 – 6 days.

Initially, the reported symptoms include fever, muscle pain, lower back pain, photophobia, loss of appetite, irritability and reddened conjunctiva. The disease is often confused with malaria due to similarities in symptoms.

After 48 hours, there is remission of fever and up to 85 % of patients recover. Failure to recover leads to the period of intoxication which is responsible for deaths.

In this stage, there is marked yellowing of the eyes (jaundice) and multi-organ failure involving the spleen, liver and kidneys. The patient presents with passing low amounts of urine (oliguria), fever, nausea, vomiting and epigastric pain.

Due to low levels of coagulating factors, the patient experiences bleeding that is observed in coffee ground hematemesis (vomiting blood), nosebleeding, blood in urine and black stools due to upper gastrointestinal tract bleeding. This is the reason why yellow fever is termed as a hemorrhagic (bleeding) disease.

At this stage, the infected individual may also exhibit  central nervous system symptoms such as convulsions.

Circulatory shock may occur because of high levels of chemicals known as cytokines. Cytokines are proteins used by immune cells for signalling and are released in immunological responses such as inflammation and fever.

There is no specific treatment for patients with progressed disease. Basically, supportive treatment measures are effected. These are: control of fever, control of dehydration and dialysis for patients suffering from renal failure.

Is there a vaccine for Yellow Fever?

In Kenya, children who live in high risk areas must receive the yellow fever vaccine at 9 months. The  vaccine is administered at the left upper deltoid.

The yellow fever vaccine offers lifelong immunity and persons traveling to high risk counties are advised to be immunized.

Other preventive measures include vector control and mass education.

InstagramPinterestYoutubeSnapchat
We use cookies to ensure that we give you the best experience on our website. If you continue to use this site we will assume that you are happy with it.Ok