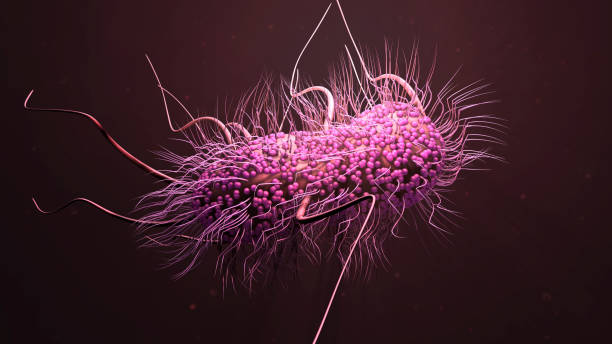 Antibiotics: the class of drugs used against bacterial infections are gradually becoming less effective in their work. This is due to various mechanisms that bacteria have adopted against these drugs.

Antibiotics were first discovered by Alexander Fleming in 1928 when he developed penicillin. It was celebrated as a major breakthrough in the medical world as bacterial infections were easily treated. But Fleming warned that over time, the drugs would become less efficacious. He was vindicated in 1940’s when the first case of resistance was reported.

While presenting on this phenomenon, Dr. Ravina Kullar, an infectious disease specialist, delivered a heart-rendering ordeal and told of how a patient in her ward died after developing resistance to all antibiotics.

Ravina narrated that the said patient had had his left femur operated on and developed a bloodstream infection thereafter. She was optimistic that Jonathan (the patient) would beat the infection given he was only 27 years old and she placed him on an initial course of antibiotics while awaiting lab results on sensitivity.

“Being a young clinician, at that time I remember thinking I got this- he’s young and otherwise healthy, he is going to respond to any antibiotics,” narrated Ravina.

However, in a couple of days later, Jonathan’s infection had spread to the brain. Results from the laboratory turned out to be a shocker: the infection wouldn’t respond to any available antibiotics. Jonathan succumbed to the infection.

“Jonathan never made it to his first wedding anniversary,” Ravina revealed.

According to Ravina, by 2050 antibiotic resistance will be responsible for 10 million deaths annually. Additionally, antibiotic resistance is making the cost of treatment and surgery to be more expensive. The matter is being accelerated by negative human behaviour that happens each and every day.

Microorganisms have adopted ways that have rendered antibiotics less effective. Such mechanisms include mutations, reduced drug influx and increased drug efflux. Even though resistance occurs naturally, human beings accelerate the process through misuse of drugs.

We for example want to buy flagyl without any prescription and resort to amoxicillin whenever we have a cough, steps which are detrimental to everyone inhabiting the earth. These drugs are supposed to be used only when necessitated.

Medics who operate chemists are not to be spared either. Some are running their enterprises with the sole goal of making profits and would even sell you an underdose whenever you have less money. Use of antibiotics for veterinary services is also to be blamed given these drugs are sometimes used to accelerate the growth of animals. When people feed on meat from such animals, they are unnecessarily exposed to antibiotics.

What needs to be done

The right thing to do is to use antibiotics only when necessary and use prevention strategies against contracting bacterial infections. We should take antibiotics only after prescription and in so doing we must complete the stated dose. According to the World Health Organization, regular handwashing using soap is a good practice in preventing resistance. Practising safe sex is another way to prevent resistance.

Medics have a role to play in prescription of antibiotics by doing so only when necessary. They also have to report whenever they suspect of antibiotic resistance.

The government should roll out intense education on this matter and conduct vaccination exercises in order to slow down antibiotic resistance.

[…] Antibiotic Resistance Is Real, And People Are Dying Because of It […]

InstagramPinterestYoutubeSnapchat
We use cookies to ensure that we give you the best experience on our website. If you continue to use this site we will assume that you are happy with it.Ok